Once again a very prestigious boat award nomination for Windy. Windy 45 Chinook makes it to the final for MBY Motor Boat Award 2015.

Some key features mentioned in the nomination are for example “spacious, thee-cabin layout boat built to be used” and “the helm position brilliantly focused on the skipper and adds to what is a very special driving experience” 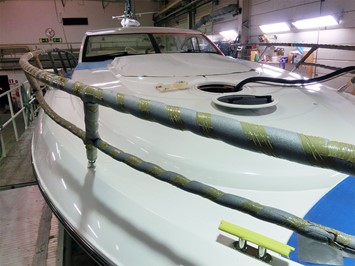 First picture from production of WINDY 46 Chinook #001. In just a couple of weeks she is ready for her world premiere at Boot 2016 in Düsseldorf.
Come see her live at HALL 5 – Stand No. E20 between 23rd and 31st of January.

From the successful Chinook 44 we have modified and upgraded this model and are now launching the new WINDY 46 Chinook.
A stylish Award-winning model with new functional features of a true WINDY.

Set in the iconic Port Hercules, Monaco since 1991, the MYS is the only place to admire, visit and purchase around 120 extraordinary one-off superyachts, tenders and chase boats built by the world’s most respected shipyards.

About 110,000 people did enjoy a taste of Britain’s biggest boating festival. The Show saw more than 20 boats make their world debut and over 330 of the world’s leading sailboats and high-performance powerboats.
On water the WINDY marque continues to build momentum, following an extremely strong 2015 season. WINDY`s UK & Ireland distributor Berthon reports a very good show with continuous strong WINDY interest.

With nearly 550 boats on display in water and on land, among them many world premieres, Cannes Yachting Festival is one of the biggest in water shows in Europe today.
This year WINDY had W29 Coho, W39 Camira and the special crowd pleaser SR52 Blackbird on display. Some of our visitors also enjoyed the unique opportunity to take the helm of our luxurious motor yachts and felt the pleasure of a sea trial at this beautiful and wonderful location.

Take a good look at below pictures on our latest SR52 Blackbird build. 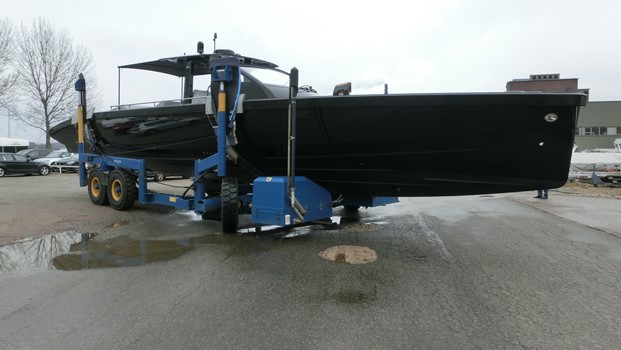 The first sign of spring was when WINDY launched latest SR52 Blackbird build at their yard in Västervik, Sweden. Cold and grey it was this day, but her looks, finish and driving performance could warm every boat enthusiast’s heart. This was also the first build with an Opacmare transformer. Take a good look above. 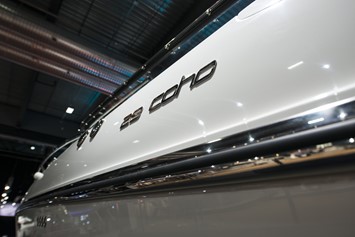 Norwegian International Boat Show 2015 was held at Norway trade fairs, in Oslo the 18th –  22nd of March.
The organizer Norboat reports a 56% increase of visitors in comparison with 2014. WINDY did of course participate and had both W29 Coho and the ”Motorboat of the year winner” W39 Camira on display. WINDY would like to thank all visitors and guests for yet another successful boat show. 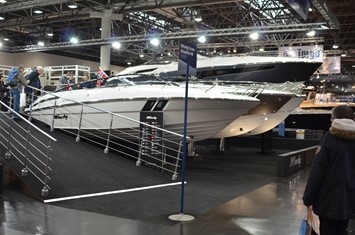 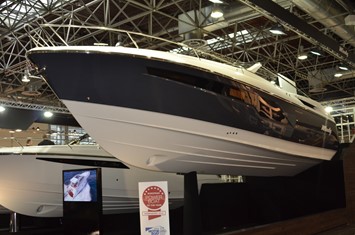 The world’s second largest boat show is over for this time. This year’s BOOT ended a good step above BOOT 2014, the Awards and Nominations both in London and at BOOT reconfirmed the positions of WINDY & DRACO at the very top of European boat brands.

Our new stand-concept worked out well  – everyone worked hard with a friendly attitude and the WINDY 40 Maestro and the WINDY 39 Camira were the two boat models that attracted the most attention. Not to mention the DRACO 27 RS.

The Windy 39 Camira was singled out by the jury for her superb performance, innovation and high standards of build quality. The award was handed over to Windy CEO & President Knut Heiberg-Andersen and Naval Architect Ed Dubois at the Motor Boat Awards Dinner held at London’s prestigious Landmark Hotel on 12 January.

A bigger sister to the ground-breaking Windy 31 Zonda, the 39 Camira took the boating press by storm after her launch at last year’s Boot Düsseldorf. Combining classic sports cruiser styling with superb handling and a top speed of 45 knots she delivers an exceptional on-water experience. One of Europe’s leading powerboat magazines described her Hans Jørgen Johnsen-designed hull as “the best handling 40ft sports cruiser in production.”

The Camira’s exterior styling is by the Dubois studio with an interior by Design Unlimited. The standard two-cabin interior layout offers a choice of galley arrangements, and the cockpit can be specified with either a sunpad or a sports layout. Power comes courtesy of Volvo sterndrives with electronic controls. A tender garage and Windy’s ingenious canopy system, which offers a bimini for sunnier climates or full cockpit protection during inclement weather, complete the package.

The Mediterranean version of the 39 Camira made its debut at Boot Düsseldorf on 17 January, where the sports cruiser is up for a second major award, having been shortlisted for a European Powerboat of the Year Award in the ‘Powerboats up to 45 ft’ category.

Windy Scandinavia AB is a wholly-owned subsidiary of Periscopus AS, Oslo, Norway – a privately owned holding company with interests which include publishing, media, hotels and property. The renowned WINDY boats are built at our modern and well equipped production facilities in Västervik on the East coast of Sweden as well as Ostróda and Słupsk in Poland. We engage over 170 skilled people producing models ranging from 26 to 60 feet with our WINDY Sport Series and WINDY SR Series Chase Boats & Yacht Tenders